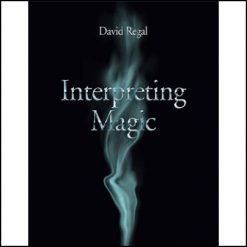 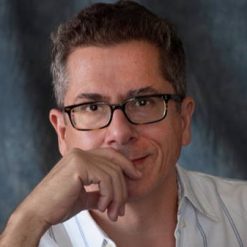 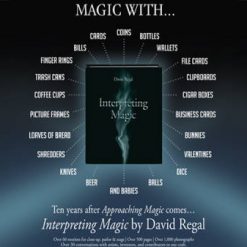 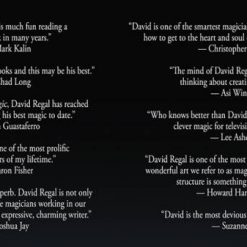 « Interpreting Magic is OUSTANDING, and I look forward to returning to it again and again. »
– Joshua Jay

« David Regal is one of my heroes. He’s my go-to guy for creative real world solutions in magic. »
– Mark Kalin

« This book offers a wealth of wonderful ideas that will ignite your passion of magic and put you to work. »
– Asi Wind

« Interpreting Magic is a classic David Regal book in the best sense of the word. »
– Pete McCabe

« Interpreting Magic is smart, creative, and insightful on every level. »
– John Gustaferro

« There is no one else on earth better suited for thinking about and creating works of magic. »
– Michael Carbonaro

DAVID REGAL is behind magic seen by millions of people around the globe. He is the head writer and co-executive producer of TV’s The Carbonaro Effect, where, over the course of six years, he created and collaborated on literally hundreds of original effects. He has written for, and designed effects for, stage performers who perform internationally, in Vegas showrooms, and on Broadway stages. His television writing credits range from kid shows (Rugrats) to sitcoms (Everybody Loves Raymond) and he is responsible for some of the best-selling tricks and instructional magic books of his generation. In addition, he is the recipient of the Creative Fellowship awarded by the Academy of Magical Arts, the parent organization of the world-famous Magic Castle.