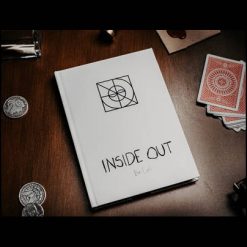 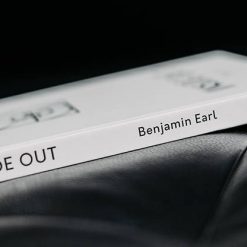 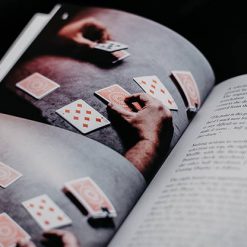 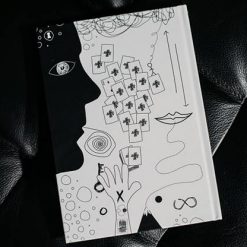 Inside Out is something special ; a deeply personal tour de force of radical new approaches for creating powerful magic. This book will alter your thinking, challenge your assumptions and bring new meaning to the concept of audience involvement.

Told through story and beautiful imagery you will discover 16 effects and techniques including: a Triumph, a Sandwich Routine, a Poker Deal, a Coin Vanish, a Transposition, an Ambitious Card Routine, an impromptu Invisible Deck routine, a Transformation, a Torn & Restored Card, multiple impossible predictions, a brilliant approach to the Cross-Cut Force, a slick handling of the French Drop and more psychological strategies than you can shake a stick at.

Let’s Play Triumph – A completely re-branded and re-imagined handling of Triumph. This is not a trick, it’s a game.

Probably Impossible – A Sandwich effect which introduces genuine randomness and clever misdirection to create a perfect ‘in the hands’ miracle.

Lucky Deal – An impossible demonstration of skill and control which is done entirely by the spectator!

The Vanishing – Possibly the most amazing coin vanish you will ever perform. This is not a move, but a profound, interactive effect designed not to be forgotten.

The Unreal Transposition – An amazing transposition that is entirely psychological and literally takes place in the mind of a spectator.

Hidden Ambition – This might be one of the most subtle and beautiful handlings of the Ambitious Card. It is so simple and clean, that it appears to be something else entirely.

Portal – A transformation which takes place in a different realm.

Mr Invisible – An impromptu handling of the Invisible Deck that not only looks impossibly clean, but will recalibrate your understanding of this classic effect.

Why Me? – A baffling prediction of any freely named card.

Restoring The Past – A Torn & Restored card effect which also restores a moment in time.

A Universal Presentation – A devious piece of presentational psychology specifically designed to add conceptual depth and nuance to any effect.

The Gift – An effect designed to be performed for one person on a special occasion. But to make it more special, they decide what effect is created… and if it ever finishes.

The Secret – After seeing an amazing piece of magic, the spectator has the chance to find out how it is done… but their decision will radically alter their experience and their understanding of ‘secrets’.

Conjuring With Wonder – An effect designed to take place once the performance is over; one which cannot be known by the performer!

New Theory Cross-Cut Force – Ben’s approach to this wonderful move is explained in detail with many additional ploys, touches and handlings.