Please note the handwork on each suit and value – every card is unique, a real labor of love.

To compliment the quality of the artwork, the Leonardo deck is printed by USPCC, the United States Playing Card Company.

Jack of Spades
Known to players and collectors alike as the One-Eyed Jack, this card is based on The Bust of a Warrior in Profile, in The British Museum, a work expertly done in silverpoint, a favorite medium of Renaissance artists. The large crossbow machines, an unrealized invention, are from a separate drawing of Leonardo’s, from his sketchbook The Atlantic Codex (ca. 1488). Compositing this card together, from the single head to the crossbow elements, and sharing it with my colleagues, initiated the idea of designing playing cards based on the works of Leonardo.

Queen of Clubs
Some vintage decks portray this Queen as The Flower Queen, and this drawing of an unknown woman’s head from The Galleria degli Uffizi in Firenze combined with a selection of his original sketchbook renderings of nature truly bring the forests of his native Toscana to life. Note the lovely pen and ink sketch of a small Italian town on the river Arno, which is the first dated drawing (1473) we have from the master.

Ace of Spades
This anatomical study of a human skull from The Royal Collection at Buckingham Palace, was a natural match for the Ace of Spades, known in the world of playing cards as The Death Card. One of Leonardo’s Polyhedra was interpolated ominously into the center. He drew these geometrical illustrations for his friend Luca Pacioli’s book The Divine Proportion. They are believed to be the first of their kind.

King of Hearts
This is The Suicide King, one of the most fascinating face cards. It features one of the warriors from The Battle of Anghiari, although the original is lost to us. Luckily, the Peter Paul Rubens copy (itself based on an engraving by Lorenzo Zacchia) provides a glimpse into the power of the Leonardo original. Careful manipulation of the sword arm yields the ferocity. Leonardo was unsurpassed in his ability to render movement within a composition.

Jack of Diamonds
The world of invention and the development of innovative mechanical devices occupied Leonardo for most of his life. This little known drawing of a young man’s head has proved to be a perfect fit for the Jack of Diamonds. Two of his inventions are depicted on this card, and also an example of his lettering, done in his inimitable mirrored style.

Queen of Hearts
The original drawing is in charcoal, there is no painting extant based on this work. The Virgin and Child with St. Anne and St. John the Baptist (ca. 1508) hangs in The National Gallery in London. Her beauty perfectly represents the Queen of Hearts, and she belonged amid a natural outdoor setting. The cats are from a delightful sketch of Leonardo’s depicting many felines at play.

The Pips
The pips, are a fine example of Leonardo’s secretive handwriting. Values and symbols on every card are scaled, distorted and distressed to respect both the tone and the weight of the overall design. One of the most interesting aspects of the project was the creation of the suits and the interpretation of them in relation to Leonardo’s life and work.

Card Back
Many elements come seamlessly together to form the card back. They include one of Leonardo’s most popular works The Vitruvian Man from the Gallerie dell’Accademia in Venezia, who famously displays the ideal proportions of man. Other items depicted on the back include an equine head, blossoming flowers, and two deft examples of geometrical polyhedra. Leonardo was keenly interested in the hidden patterns of nature. He found great delight in rendering subtle details. Above, a spiral card fan reveals the intricate kaleidoscopic pattern formed by the highly detailed back.

Joker
This empathetic view of a prisoner begging, set within the front left section of the drawing for The Adoration of the Magi, forms the basis for one of the two Jokers.

Four Aces
Here are the four Aces encompassing the four suits, and an interpretation of them in accordance with the philosophies of Leonardo, all in his own words.
Spades The Invention of War
« Every divided kingdom falls. »
Hearts The Art of Love
« To enjoy – to love a thing for its own sake and for no other reason. »
Clubs The Beauty of Nature
« Nature never breaks her own laws. »
Diamonds The Power of Wealth
« He who wishes to be rich in a day will be hanged in a year. » 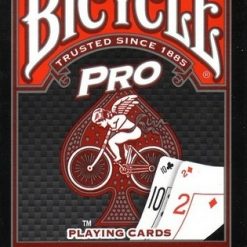 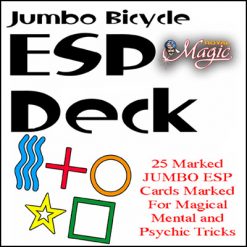 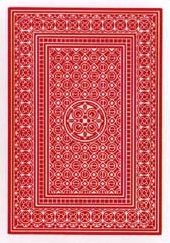 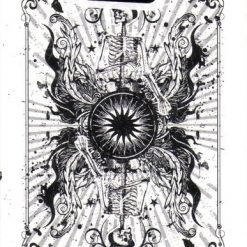 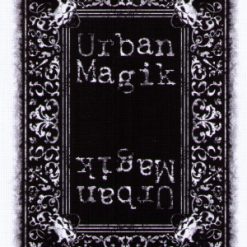 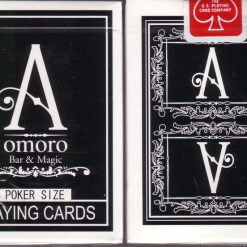 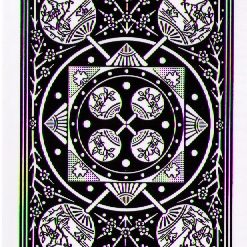