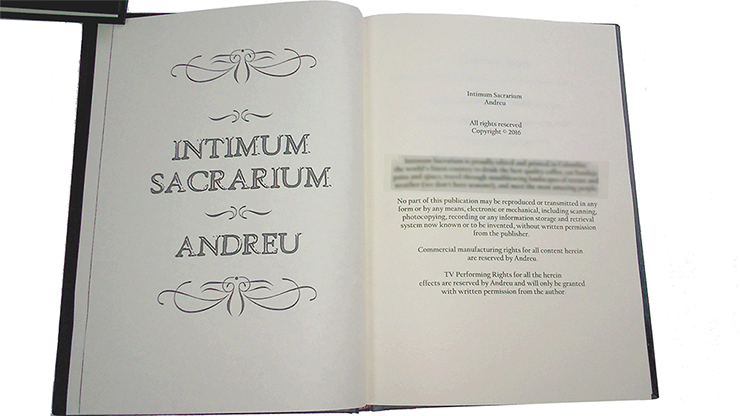 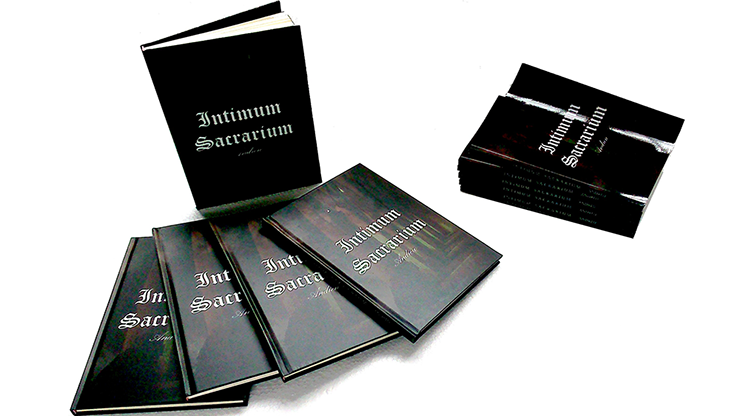 Most of this material can be performed in AAA (anytime, anywhere, for anyone) conditions as it has been designed with the “impromptu” premise in mind – from minimal to zero preparation whatsoever. For some of the effects, setup may be required only once from your part.

You will find contributions from several authors such as Steve Drury, Niels Krøjgaard, Christopher Taylor and more.

The mindreader hands a drawing to a person in the audience, instructing him to keep it safely concealed.

A participant is randomly selected and asked to think of a figure in his mind, focusing on any of its letters. Now, he’s asked to form another mental image with the letter he or she selected.

The drawing is finally shown… it describes the exact image the spectator thought about!

Proposing an experiment on color psychology and influence, the performer addresses a participant and displays an envelope and three cards, printed with different colors.

The participant is asked to think of two of them and the cards are shuffled. Now, a new color is formed inside the spectator’s mind, by combining those that were initially chosen.

The mindreader now proceeds to look at the eyes of the participant, giving an accurate personality reading and divining the exact color!

Finally, the mentalist hands the envelope to the participant… he has influenced the exact choice!

The participant thinks of several secret memories of her own and is asked to focus on only one of them.

After reading the spectator’s mind, the performer divines the exact memory, describing its details!

A HANDFUL OF MIRACLES

The mentalist proposes a mind suggestion experiment, drawing attention to an envelope and claiming it to be important for the outcome of the demonstration.

Handing a matchbox to the spectator, a random number of matches is taken and concealed in each hand. The spectator is asked to freely transfer some of the matches from one hand to the other. The participant keeps making several free choices, without giving anything away.

To end the experiment, the spectator is asked to hold all the matches in one hand.

Without knowing any of the choices the participant made, the mentalist divines in which hand the matches are being concealed!

Finally, the mindreader opens the envelope and asks the spectator to read its contents out loud. Surprisingly, the mindreader is able to predict not only the correct hand but also the exact number of hidden matches!

This is Andreu’s approach to ‘Which Hand’ along with its subtleties.

While most approaches rely on expensive gadgets or non-surefire guesses, Hailed Nostrum allows you to be able to know where a participant is hiding an object with something so simple you wouldn’t even believe!

The approach makes “Which Hand” not only more entertaining but also more justified with its psychological approach.

A female spectator is asked to choose three random objects and make random choices with each of them. The entire process is done in the spectator’s mind and nothing is ever written down.

To end the experiment, the mind reader asks the participant to reveal her final actions with each of the objects.

Finally, she’s prompted to open an envelope she held from the start… a prediction inside matches the exact actions she made with every object!

A participant is asked to think of a color of their preference, a country they would like to visit and a celebrity. All choices are concealed inside an envelope.

The mentalist writes his impressions on three papers and reveals them: Green, Sweden and George Bush. It seems like he has divined the first two thoughts, but he has failed to divine the final thought of the experiment!

But then, the card is turned around and read out loud: “I was just kidding about Bush; I believe you will think of the queen of Pop, Madonna!”

The participant and the audience confirm he’s 100% right!

The mentalist shows up a set of ESP symbols.

He allows the spectator to mix them freely to make sure the symbols aren’t ordered in any way. Now, the performer starts making several random piles.

The participant is asked to discard some of the piles, leaving only one of them untouched.

These decisions are 100% hands-off and made by the spectator.

The participant is asked to look at the card below the final pile… then, the mentalist reads his mind, divining the exact ESP symbol, impossible but real!

“What a wonderful surprise when this showed up on my doorstep and I read it. Direct mentalism that has been thought out and filled with a punch. Very clever thinking.”
– Banachek

“I think you have a lot of great ideas there. The book itself looks great and is a wonderful presentation of the effects. Congratulations on a job well done.”
– Richard Osterlind

“The book is beautifully produced. Andreu is a very original and creative thinker; digging deep into older effects he pulls out fresh ideas and applications. Color Vision and A Secret Memory are – for me – some of the most exciting pieces of the book.”
– Jacob Smith