The most exciting version of «Any Card At Any Number» from the ingenious mind of a FISM Award Winner!

The performer does not touch the cards. He does not even open the card case. The spectator does everything. The card is always revealed at the exact named number. 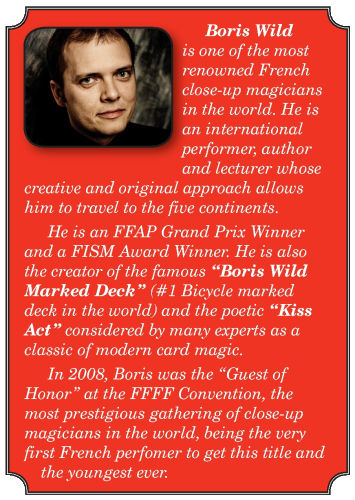