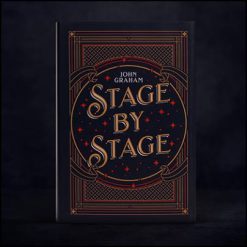 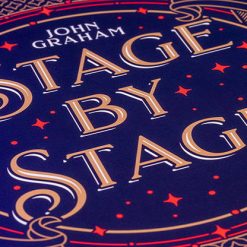 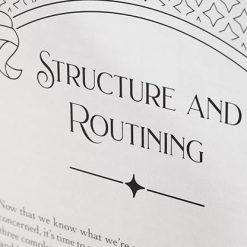 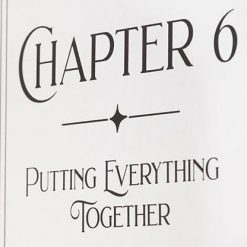 Stage by Stage from John Graham and Vanishing Inc. is the ultimate guide to creating your own stage magic show. John has dedicated his entire career to perfecting his stage show and is finally ready to share a lifetime’s worth of learning with you. Within these pages you’ll find a roadmap for transitioning from close-up magic to parlor or stage magic.

The breadth of this book is astounding. It’s a remarkable blend of essays and routines, accompanied by gorgeous illustrations, that walks you through developing a polished, professional act.

You’ll learn everything you need to know about creating a stage show, from converting the magic you already do to play for larger crowds to the importance of prop management, and even how to create a modular show that allows you to easily swap certain tricks in and out as needed.

The detail is unrivaled. You’ll get an exclusive look at every step of the process for planning, performing and perfecting your act. Everything from the tricks to the transitions between them, as well as how to outline a show and organize your setlists. John even dives into the changes he’s made over the years and, most importantly, WHY he made them.

There is something for every type of performer and every skill level in Stage by Stage. But, if you’re a close-up magician that has always wanted to make the jump to platform or stage magic, then this is essential reading.

Throughout Stage by Stage, you’ll find more than a dozen complete routines including everything from an amazing ring on string effect that culminates in a borrowed ring appearing in a sealed envelope to John’s super commercial take on a classic Paul Harris effect that ends with a spectator’s thought-of name spelled out across the backs of the playing cards.

You’ll also learn the ins and outs of a standout effect known as “Buffalo John” which is essentially a 25-minute act of its own. Your audiences will be falling out of their chairs laughing during this wild adventure inspired by a Harry Anderson routine. Most importantly, you’ll get to see how more than 25-years of performance can be infused into creating the best possible routine.

The best magicians in the world cannot stop praising Stage by Stage. Here’s what some of them had to say:

“John Graham has done what I thought was impossible. He has written a book that spells out in an orderly way how to put together a stand-up comedy magic act. I mean really, actually, truly, step-by-step how you can go from a person who performs a few good close-up magic tricks for a couple of friends to a person who can present a full, kick-ass stage magic show for hundreds of strangers…If you want to do a stand-up sleight-of-hand magic show, I believe you can do no better than make this extraordinary book your bible.”
– Mac King

“John Graham is the real deal when it comes to working for real people in the real world. I know how hard it is to bring your magic to the stage. This book will save you years of trial and error.”
– David Blaine

“This is an amazing book about magic, full of all the things that magic books never dare to explain. Yes, the tricks are wonderful, but the author has also given us the “what,” “where,” “when,” and “why” of magic. Did I leave out “who?” It’s John Graham’s book, Stage by Stage, and it’s hard to imagine anyone in magic not benefitting from his insights.”
– Jim Steinmeyer

“Even seasoned performers will find a great amount of valuable information within these pages. The author explains much more than the mere mechanics of the tricks. He goes into the details that make his material work in the real world, from managing the props to how the tricks play in relation to the routines before and after…I had the privilege of using “Name-Dropper” before it was published, and it instantly became one of my show’s highlights. You can easily create an entire show from the material in this book, with tricks like “Final Sale,” where a random audience member guesses the cost of your jacket; another favorite is “Now and Later,” an effect where you appear to lasso a randomly chosen playing card. I find the method to be as beautiful as the effect.”
– Asi Wind