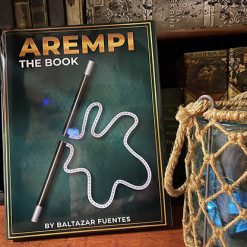 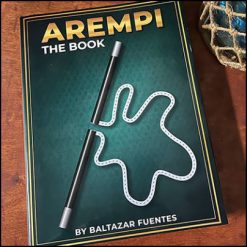 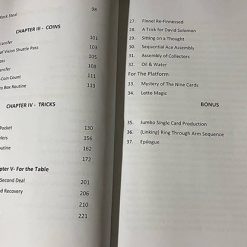 It should be obvious that the execution of good sleight of hand is dependent on good technique. But technique can only take you so far. It requires knowledge of the aforementioned material described in the pervious chapter, but also a well-rounded concept of what misdirection really entails, this will be the main focus of the material to be explained in this chapter. Many magicians feel confident in the execution of difficult maneuvers such as the Pass, Side-steal etc. Although their hands may be closely scrutinized. Exactly when and how to apply it, is the question that many magicians ask. The implementation of sound misdirection, in order to deceive requires structure. Because as you shall see, misdirection as we have been taught is not the correct way to implement it.

Baltazar Fuentes is an underground magician whose technical prowess at sleight of hand has been well known to those magicians in the inner circle. He regularly partook in Marlo’s round table sessions alongside his more eminent students like Simon Aaronson, Steve Draun, David Solomon and the occasional out of towner who would inevitably drop in. When he performed at the fame Magic Castle in Hollywood, he also had sessions with Dai Vernon who was very fond of him and admired his technical skill. Larry Jennings also commented that “his construction of magical effects were absolutely marvelous”.

Baltazar has lectured extensively in Mexico and in the TAOM. His lectures have always been met with enthusiasm for the knowledge that they impart. If you knew Roger Klause you would know that he was not one to sit through an entire lecture, especially an oratory one at that. He mentioned after seeing Baltazar’s complete lecture that “he had just crystalized misdirection for everybody” giving him a thumbs up. Scott Hollinsworth a well-known Houston magician also complemented Baltazar after seeing his lecture saying “You are absolutely right; we don’t need more tricks. What you talked about is what we need more of.”

All this started from a very simple idea; forget everything you have ever learned about misdirection. Vernon, said “that confusion is not magic. That the most straight forward method with the least amount of moves has to be the best.”

Following this linear logic is the genesis for Baltazar’s Arempi theory. What is Arempi you may ask?

Arempi spells out RMP which stands for real magic powers. Baltazar excels in the psychology of magic. In this book, Baltazar explains his theory in painstaking detail so that anybody can understand it. He has profound knowledge of how misdirection really works and his unorthodox way of explaining it really drives home the key ideas. He conveys exactly what is needed to be said and nothing more.