Tommy Wonder was one of the world’s finest performers and magical thinkers, and this video captures some of his best close-up work when he presented his lecture at the British Close-Up Magic Symposium. Shot with two broadcast cameras. A must for any magician!

Tommy performs and then explains in detail the following effects:

Tommy also provides advice on performing close-up magic. He shares his thoughts on timing, misdirection,presentation and a whole host of other aspects of the magical art – truly fascinating! 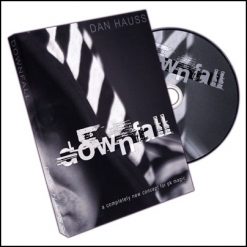