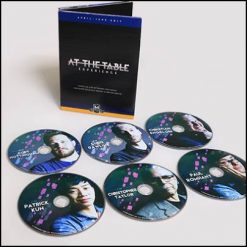 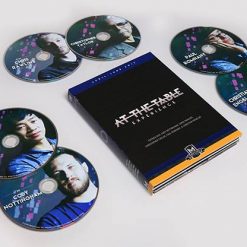 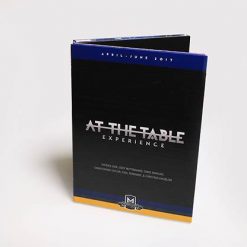 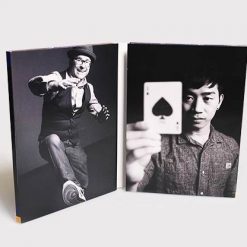 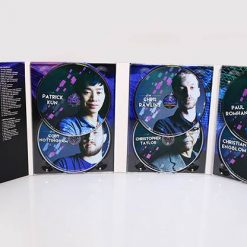 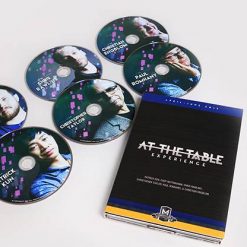 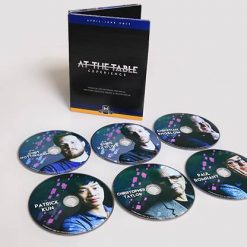 At The Table lectures bring you six ingenious creators teaching you hours of amazing magic!

First up! Patrick Kun is back for his second At The Table lecture and he’s going to teach us more of that amazing impromptu magic that he makes look so easy! As a former consultant of David Copperfield, Cyril, and Troy – Patrick Kun once again shares with us his dynamic brand of magic. It’s a 2 hour lecture you don’t want to miss.

Then comes an underground creative force, Cody Nottingham. Those of you who’ve heard this name before know just the kind of visual, hard-hitting magic he delivers. Those of you who haven’t are in for a real treat! From his break out successes with « Changes, » « Shake, » and « Code Red, » Cody brings an onslaught of routines, moves, and magic concepts in his first ever lecture.

Next up is Chris Rawlins! He’s a 27-year-old professional performer from England. Known for his workable methods and unique presentations, Chris has gained a strong reputation as a unique and original thinker. Gain insight into his creative process and learn strong, one-of-a-kind magic that only Chris can deliver.

And we have none other than Christopher Taylor! Many of the world’s greatest mentalists and magicians have used Christopher’s handiwork to achieve astonishing and impossible feats. Feats that have been featured in dozens of television magic specials alongside some of magic’s most famous names, including Dynamo, David Copperfield, Aaron Crow, Criss Angel, and David Blaine.

Next up is one of the most prolific thinkers and creators in magic today! A writer of over 60 books, the editor for Vanish Magazine, and the inventor of countless effects, Paul Romhany is described as one of the most entertaining and highly innovative magic acts in the world. Join us as Paul teaches effects from his working repertoire, and even shares some moves from his renowned Charlie Chaplin character!

Finally, 1/3rd of the world-famous Fat Brothers and a student of Juan Tamariz, Christian Engblom is nothing short of a miracle worker when it comes to card magic. You may know this virtuoso for his work on Anti-Faro, The Cooler, or Pieces, but now he’s bringing that brilliance to At The Table. So, pull up a chair, and prepare to be amazed.

Don’t miss a single moment of magic or an opportunity to learn from some of the biggest names in the industry. Join us At The Table, with Patrick Kun, Cody Nottingham, Chris Rawlins, Christopher Taylor, Paul Romhany, and Christian Engblom!